With 2015 ending, we thought that this would be good time to reflect on the amazing work done by the Flink community over this past year, and how much this community has grown.

Overall, we have seen Flink grow in terms of functionality from an engine to one of the most complete open-source stream processing frameworks available. The community grew from a relatively small and geographically focused team, to a truly global, and one of the largest big data communities in the the Apache Software Foundation.

We will also look at some interesting stats, including that the busiest days for Flink are Mondays (who would have thought :-). 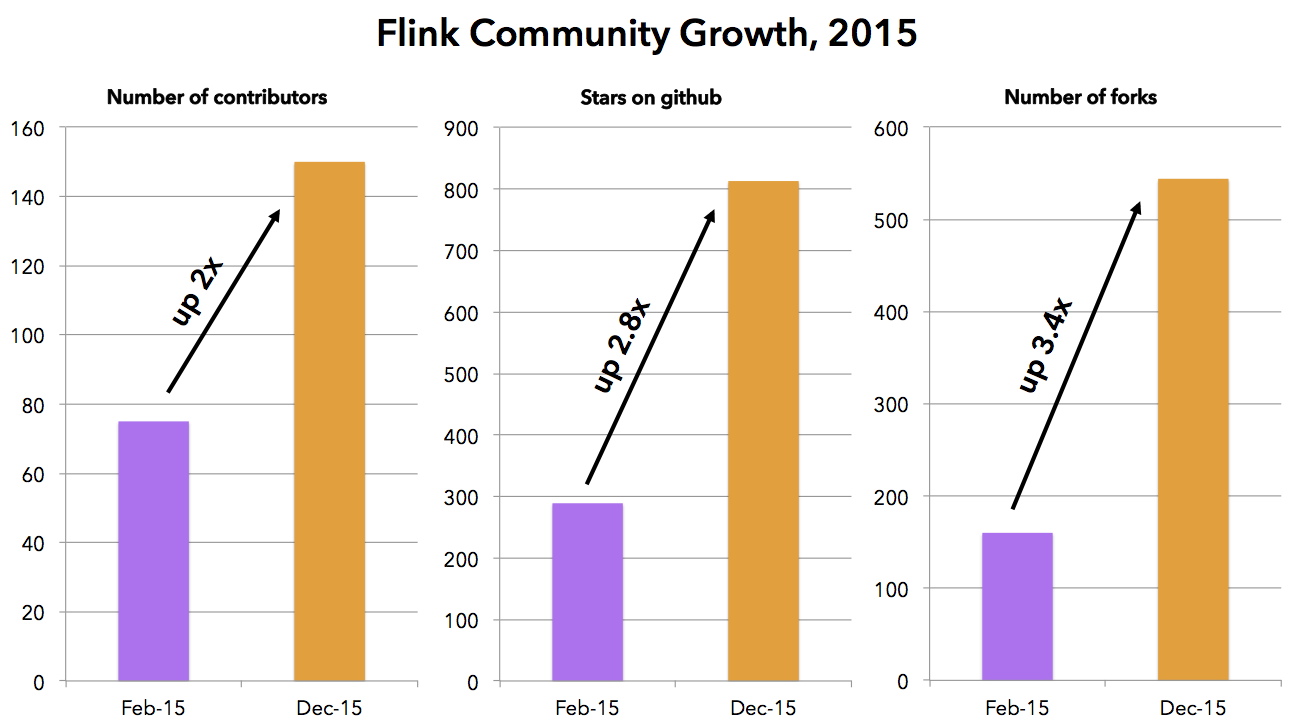 Although Flink started out geographically in Berlin, Germany, the community is by now spread all around the globe, with many contributors from North America, Europe, and Asia. A simple search at meetup.com for groups that mention Flink as a focus area reveals 16 meetups around the globe: 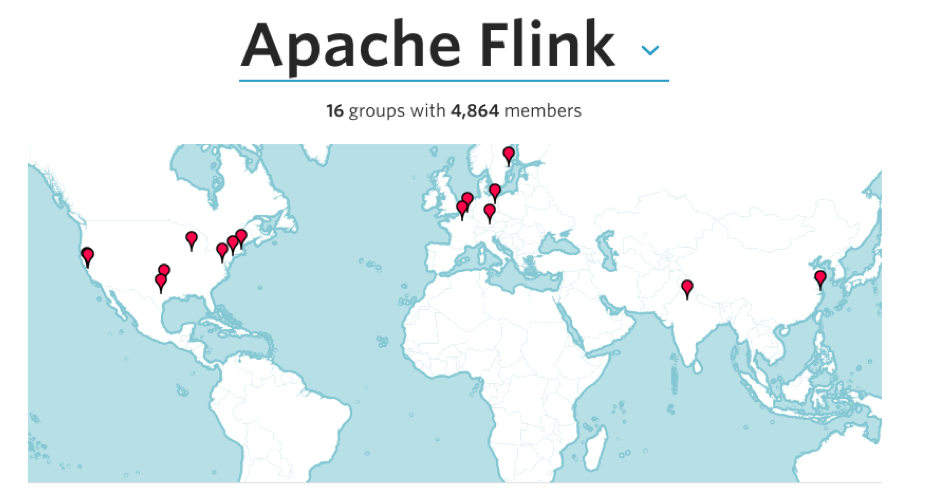 One of the highlights of the year for Flink was undoubtedly the Flink Forward conference, the first conference on Apache Flink that was held in October in Berlin. More than 250 participants (roughly half based outside Germany where the conference was held) attended more than 33 technical talks from organizations including Google, MongoDB, Bouygues Telecom, NFLabs, Euranova, RedHat, IBM, Huawei, Intel, Ericsson, Capital One, Zalando, Amadeus, the Otto Group, and ResearchGate. If you have not yet watched their talks, check out the slides and videos from Flink Forward. 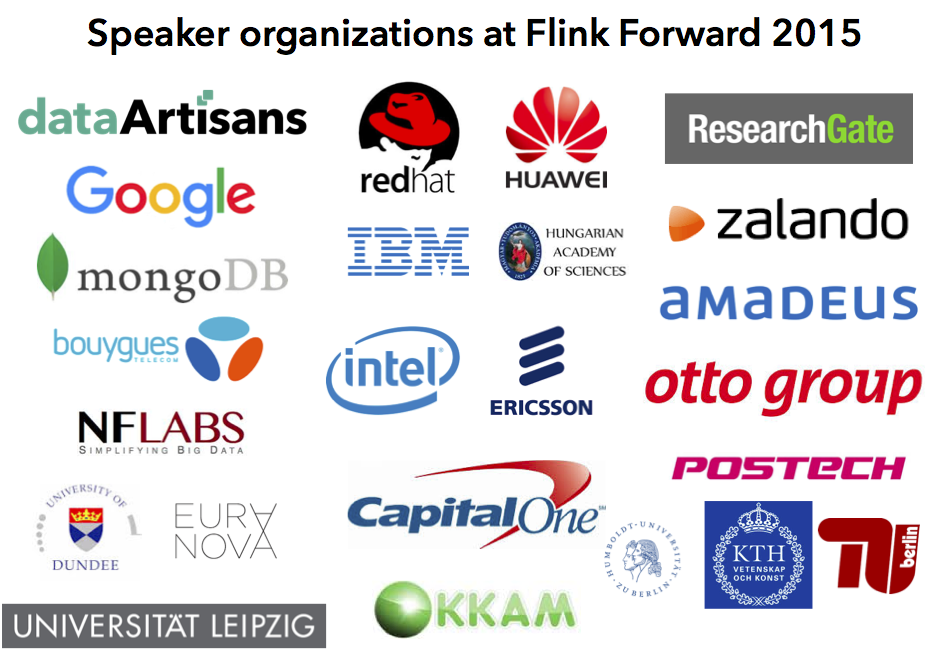 And of course, interest in Flink was picked up by the tech media. During 2015, articles about Flink appeared in InfoQ, ZDNet, Datanami, Infoworld (including being one of the best open source big data tools of 2015), the Gartner blog, Dataconomy, SDTimes, the MapR blog, KDnuggets, and HadoopSphere. 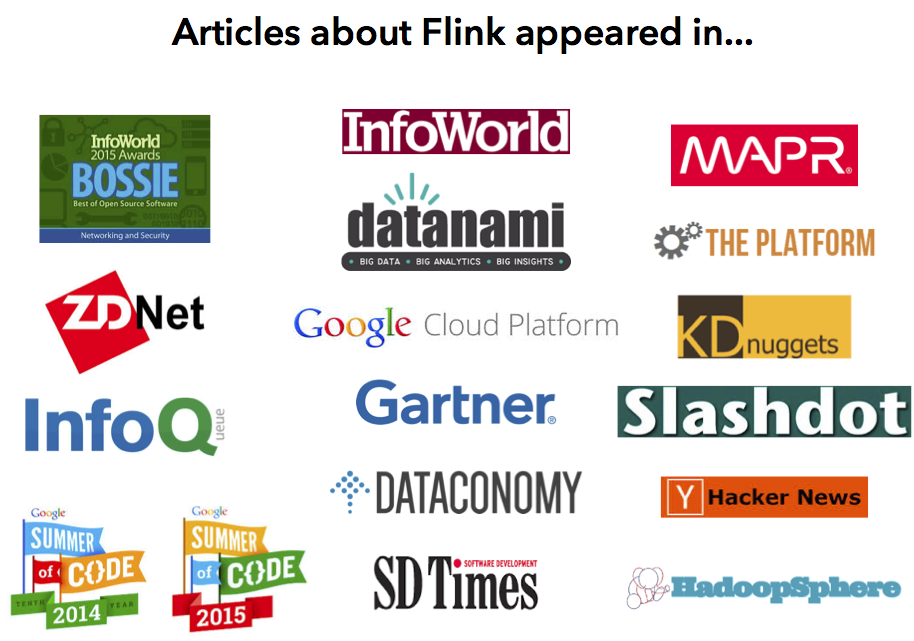 It is interesting to see that Hadoop Summit EMEA 2016 had a whopping number of 17 (!) talks submitted that are mentioning Flink in their title and abstract: 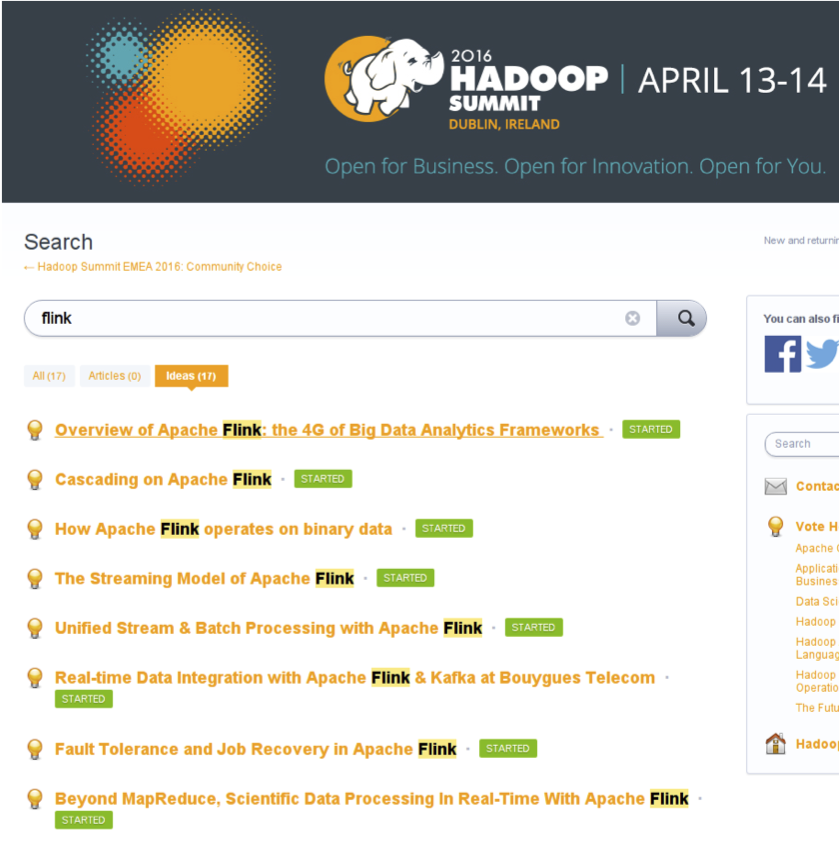 Fun with stats: when do committers commit?

To get some deeper insight on what is happening in the Flink community, let us do some analytics on the git log of the project :-) The easiest thing we can do is count the number of commits at the repository in 2015. Running

To dig deeper, we will use an open source tool called gitstats that will give us some interesting statistics on the committer behavior. You can create these also yourself and see many more by following four easy steps:

First, we can see a steady growth of lines of code in Flink since the initial Apache incubator project. During 2015, the codebase almost doubled from 500,000 LOC to 900,000 LOC. 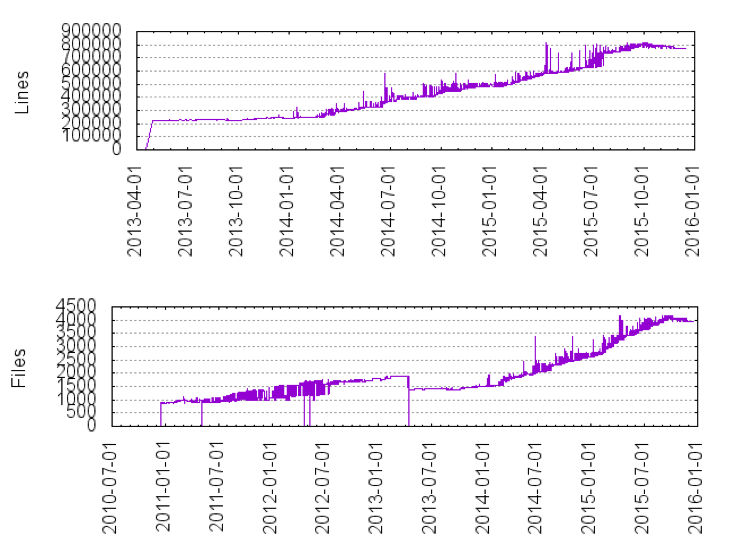 It is interesting to see when committers commit. For Flink, Monday afternoons are by far the most popular times to commit to the repository: 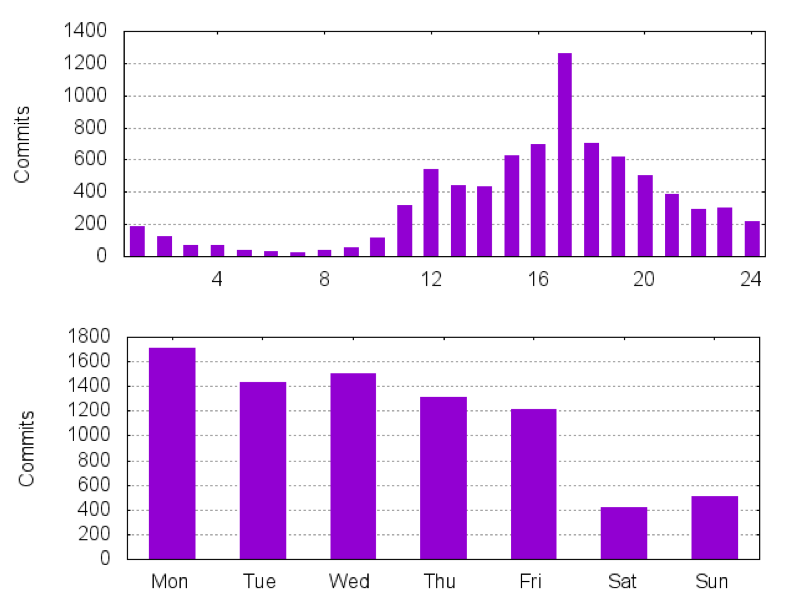 So, what were the major features added to Flink and the Flink ecosystem during 2015? Here is a (non-exhaustive) chronological list: 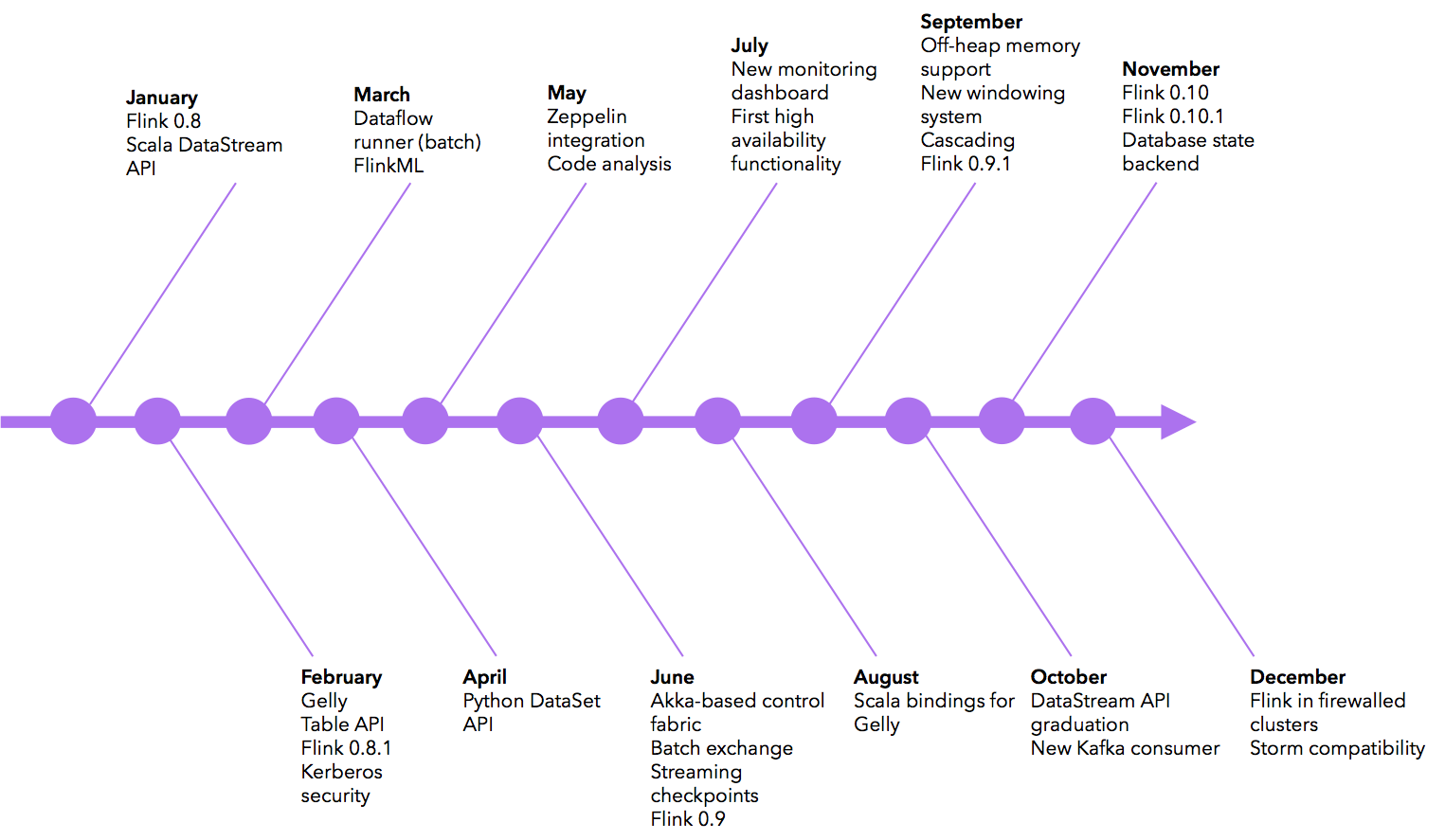 With 2015 coming to a close, the Flink community has already started discussing Flink’s roadmap for the future. Some highlights are:

If you are interested in these features, we highly encourage you to take a look at the current draft, and join the discussion on the Flink mailing lists.